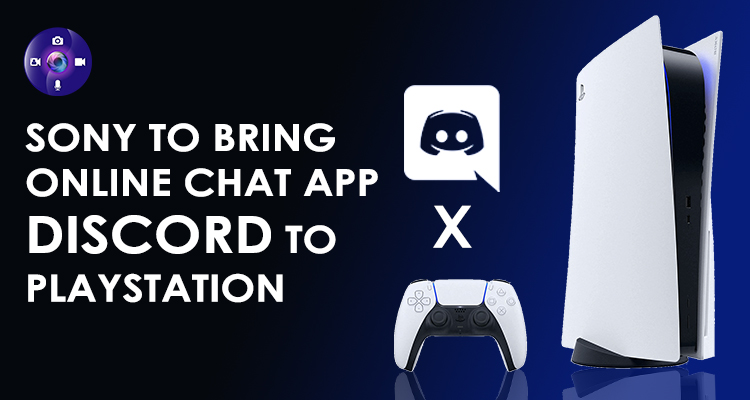 Sony is well known tech giant, famous for its highly successful gaming consoles. Starting from PlayStation 1 to PlayStation 5 launched last year. Each console developed by Sony has been a leap forward in the world of technology and gaming. The most popular among these consoles was PlayStation 3 because of the large set of available games. Recently Sony has announced a new partnership Discord. The primary goal behind this partnership is to integrate a popular chat and video PlayStation app built-in social tools with Discord. The communication experience of the Discord will be integrated with the service experience of the PlayStation early next year. Sony Interactive Entertainment Company has also a made minor investment, which is a part of the Series H round of Discord.

Jim Ryan President and CEO of Sony said in a statement, "At PlayStation, we're constantly looking for new ways to enable players around the world to connect with one another, form new friendships and communities, and share fun experiences and lasting memories". He further added "Empowering players to create communities and enjoy shared gaming experiences is at the heart of what we do, so we are beyond excited to start this journey with one of the world's most popular communication services,"

According to a recent Sony PlayStation news report by The Verge, Sony will bring a gaming chat platform to the PlayStation console. The acquisition of Discord was a too and fro war between major companies such as Microsoft, Epic Games, Amazon and Sony but according to recent reports and other developments it is clear that Sony has won this war against Microsoft. The nature of the agreement between Sony and Discord is not yet revealed. According to the currently available information on major media platforms, Discord will remain a standalone organization for at least for few years. But the company has agreed to provide communication services to Sony and Microsoft.

Popular communication company Discord has currently more than 140 million active users across the globe. It is also very popular among teenage gamers in India. The number of active users has just doubled from the last year. This signifies the potential growth of the company. Discord majorly connects the game development companies to its users through audio as well as text communities. According to media reports Discord has ended talks with Microsoft regarding its $10 billion acquisition deal. Also, it was published in The Wall Street Journal that the company now aims to launch an Initial Public Offering. Discord was successfully able to raise a whopping sum of 100 million dollars last year in December and its market valuation is about 7 billion dollars. The direct competition of Discord, Clubhouse which is an invite-only chat app has also raised its market valuation close to $4 billion.

If you are also one of the PlayStation users, then you must be aware that PlayStation also offers a great voice chat feature with its console. But it is not as good as chat services provided by Discord. When the gaming centred chatting platform will be integrated with the PlayStation, the company will be benefited globally as they will now have a medium to interact with gaming communities directly. Sony will be able to host multiple gaming competitions from consoles by taking advantage of the excellent voice, next and audio features of the Discord. If you are truly a PlayStation lover then this integration will surely be a wonderful experience for you as an end-user.