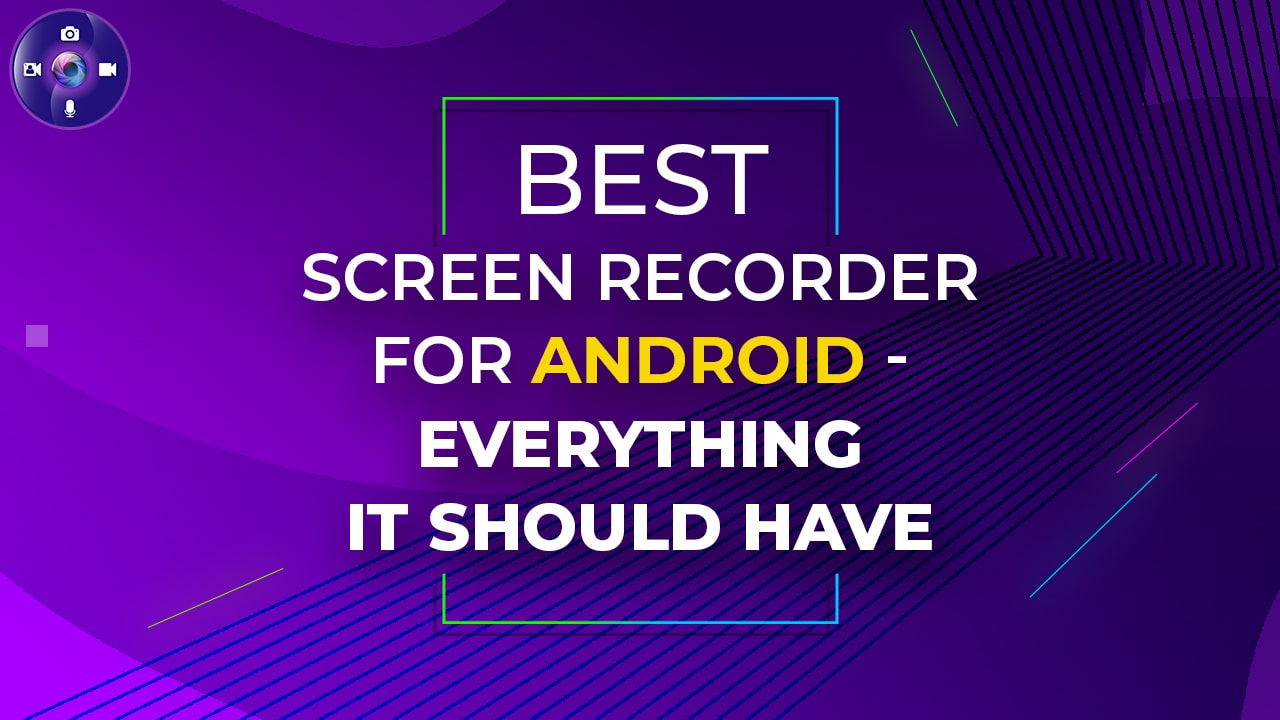 Best Screen Recorder for Android - Everything It Should Have

Smartphones have become an extension of our body these days. A vacant hand without a phone, even for a short period, cultivates the psychological void within the people's minds. With our ever-growing attachment to smartphones, they, too, are improvising their applications with time. And one of such features that come in handy is screen recording.

The latest smartphones with popular operating systems such as MIUI, Oxygen OS, Colour OS, etc., do come with built-in screen recorders. But others, especially Pixel and Stock Android smartphones, weren't able to incorporate this incredible feature, or even if they do, they were failing to offer specific nifty applications. However, thanks to android, we can easily download a third-party screen recorder that can satisfy our needs. So, if you are searching for the best screen recorder for android, right here, we compiled several features to look out for.

The specification of a good screen recorder may vary from individual requirements. Some may use it to record a video on some platform just to put it on a WhatsApp status, while others use it to record and flaunt their gaming skills and go live. Screen recording is also commonly used in collaboration with other software such as productivity suites and video conferencing to help communicate information directly to multiple users.

So, the precision and quality may play a vital role in most cases. So, they are the primary things to look out for in a screen recorder. But as we know, if an app restricts its utilities to small numbers, then it couldn't be very useful. Well, this may sound a bit strange, but there are several things that a screen recorder can possess apart from just "recording".

What if the recorder itself can play the role of a video editor? Amazing. So choosing video editing features such as screenshots and capturing, video trimming can make things way easier to create video content and tutorials and promotional videos. Also, the whiteboard feature can be a gem for those who are using the recorder for tutorials. The feature enables you to draw text simultaneously while you are recording the screen.

Recording games for live streaming on social media platforms such as Facebook, YouTube, and Twitch are common these days. So, during the session, it's essential to maintain the quality. Moreover, gamers tend to record their reactions on the front cam while recording their gameplay at the same time. So the best screen recorder should be capable of doing all the things on the same platform.

Cloud features are in insanely high demand these days. So the best screen recorder for android should offer them. An internal cloud network and community would be an added asset to make a screen recorder standout. We can store our screenshots and the recorded videos on the cloud, and we can even stream them there.