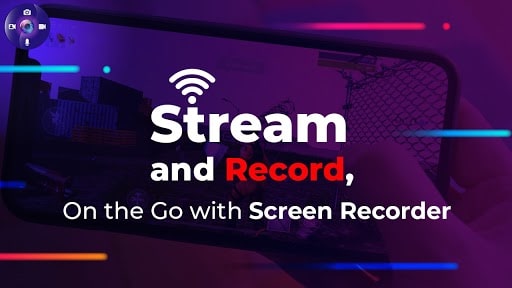 Stream and Record, On the Go with Screen Recorder

In an era where most companies are evolving, and many are moving to 'work from home,' screen recording has become a part of every mobile and laptop these days. It is also known as screencasting or video screen capture. It's a mode, which, when switched on, records a particular area of what is presented on the screen. Internet streaming videos and various Windows programs can all be recorded using the screen recorder with the internal audio app. Comparing screencast to a screenshot, a screenshot generates one picture of a computer screen. In contrast, a screencast is a video of the computer screen along with audio narration.

It is mostly used by software developers who want to show off their work. It helps to show and visually answer any questions about specific software and helps to complete tasks as well. It fills into the gaps that unclear written answers leave behind. It may also be used by gaming developers to record and stream games while offline. Many individuals, who have a keen interest in games and want to make a career out of it, use screen record to record games in order to research on them and maybe develop one themselves.

Screen recording also assists professors and seminar tutors to record lectures and introduce more of technological and digital learning into the syllabus. It usually requires high quality and easily readable recordings that video cameras are unable to offer. It is also helpful for students as they can move at their own pace and always go back and refer to any missed out notes in class.

It is also beneficial to employees and managers. It improves on their training as any missed-out notes or important information can be referred to again when required. Screen recording also helps make sure the company's computer policies are followed, and no fraud is taking place.

Different screen recording apps have different and unique features that stand out from the rest of the apps. Some have a Select and Record feature that lets an individual select the area of the screen they specifically want to record. In contrast, some have a real-time drawing feature, which edits, and notes can make while the screen is recording. There are also other features such as webcam overlay, mixing your voice and adding a logo. All features vary depending on how the screen recording app is designed. Functions can also be different depending on what version and how updated the app is.

How to use Screen Recorder

Screen recording apps are designed to be operated and controlled in the same manner. They are first installed from Google Play Store or App Store, depending on if the device used is an Android or iOS. After that, steps must be followed according to if the app needs signing in or creating an account. After that, the steps are usually self-explanatory and straightforward. If an app is difficult to understand, either switch or explore.