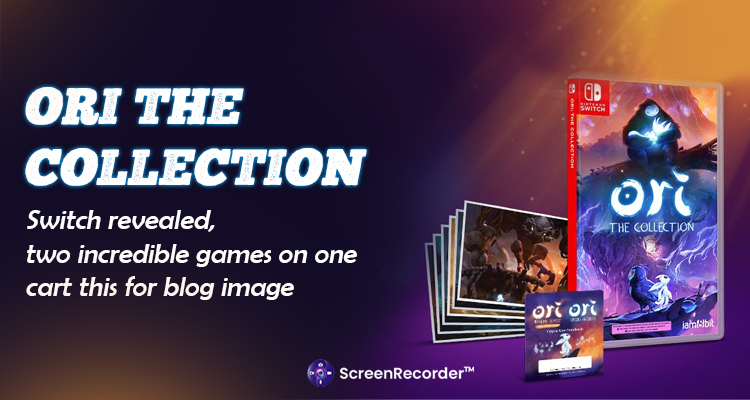 Ori Games are visually stunning games that captivate your mind and soul through the amazing plot, interesting enigmas and challenges, and beautiful spectacles in the game.  The narrative that the Spirit Tree does keeps you engaged during the journey that begins in the forest of Nibel. Ori, the guardian angel, is a spirit that falls from the Spirit Tree when a storm hits the Tree. Ori gets taken in by a being called Naru in the game. Naru becomes Ori’s guardian, bringing her up as her child.

It is then when an apocalyptic or cataclysmic phenomenon happens to change the whole forest, devouring lives of all of the vegetative life, that Naru dies starving, setting forth the adventure that Ori goes on from thereon. So far there have been a total of two Ori games, namely Ori and The Blind Forest and Ori and the Will of The Wisps, released on March 11th, 2015, and 10th March 2020. There was also a special edition for collectors that was released on March 11th, 2020. It was highly acclaimed and even got ranked in the top 20 in the listing released by WhatCulture and in Technica’s top games of 2020.

The Ori game was developed by Moon Studios. Recently, Skybound Games in collaboration with the iam8bit studio has revealed that they are going to release an “Ori The Collection” very soon. It is a piece of exciting news for the gaming community, because the package will, most obviously, contain Ori and The Blind Forest and Ori and The Will of The Wisps. The two games are more than enough as it is, however, one could still have bought them separately, right? Well, the package is special as it also contains additional two virtual soundtracks as well as collectible cards, six in number.

Ori games were initially launched exclusively for Xbox consoles only. It is a Metroidvania game, wherein you explore a huge area or a map. Such video games are generally adventure-based, 2D and the character has to collect certain items.

In Ori as a Metroidvania, gamers get control of the spirit Ori who has to cross through the lush green environment that has calming trees and sturdy stones, rocky structures and stars, and more. The game has a soundtrack collection that will make you feel at peace as well as get you on your edge of the seat. You can look at the Skybound’s Ori trailer to know just what I mean by that. Ori grows as the journey progresses, fighting and fending against attacks, learning new skills, and becoming stronger.

The studio iam8bit has said that they are refilling the stocks of the “Collectors Edition”. This edition, according to the news, will have a ‘premium transforming display box’ along with several things such as a reversible t-shirt that are exclusively available. The T-shirt will have an Ori design from the game or maybe a custom one, so watch out for that.

In addition to that, there will be all the soundtracks available from both the Ori games downloadable to make your playlist perfect. There will be many collectible cards, an Ori pin that glows in the dark, the display box will also glow in the dark, a sketching book, glass art, and much more for you to discover yourself. The Ori Collector’s Edition has been priced at 149 USD as of now. The package went live for pre-order on July 28th, 2021 online on the official website and some third-party sellers as well. The game will be released a little later this year, probably by the end of the year or early 2021 at most.

Since there has been no specific system specification requirement that has been revealed about the Collector’s edition, the requirements can be based on the last game’s, which was Ori and The Will of The Wisps. The game was released not too long ago, the requirements will not change that drastically.

The official data that was released revealed that the game needs at least a 64-bit Windows 10 Operating system or higher. This is a basic requirement for most of the games nowadays, so better get it now if you do not have it already.

Coming down to the processor, the game demands an Intel Core i5 4460 processor or equivalent. AMD’s Athlon X4 comes under the same category. This is again a fairly mid-level processing requirement. This type of processor will help not just in gaming but in daily work performance as well of the PC, especially if you pair it up with an SSD hard drive storage. This also brings us to the storage requirement for the game, which is only 20 GB.

Graphics Card is a must for this game, as it displays some of the most visually stunning graphics. The suggested ones are the Nvidia GTX 950 or its counter brand's AMD R7 370. You will need a Direct x11 installed in the system.

You will need 8 GB of DDR5 memory for RAM. With this, the minimum requirement for the game is concluded. This will only let you run the game with a smooth enough fps to not notice many lags and have a graphic that is still captivating enough. You will get around 720p resolution, with the lowest graphic setting and 30 fps.

However, to enjoy the game to its truest, you should have the following system specifications. These will help you have the best graphics that will make your eyes feel blessed. The fps will be smoother than the butter in hand, and the gameplay will just be worth it.

The OS requirement is pretty much the same, 64-bit Windows 10 or higher. When it comes to the processor, however, the requirement is a little higher. Recommended ones are either Intel i5 Skylake or AMD Ryzen 3. The Intel i5 Skylake is a 3-2 GHz processor. These are still pretty decent ones for daily work, faster than the previous ones that I mentioned.

These specs will allow you to attain that 1080p resolution and 60 FPS at least, with high graphics settings.

Screen Recording is as the name suggests, saving everything that happens on your screen of the device in the form of a video file. It is a useful thing that comes in handy in many situations. It works by working in the background converting content on your screen into frames for a video file that is continuously compiled together to form a single video file.

It is identical to recording any other video using a video camera. You can see it similar to taking screenshots every moment and then playing them together. Some applications, such as Netflix, do not allow for screen recording to stop piracy of their contents. However, other than that, you can record a large number of things, from YouTube videos to WhatsApp chats.

This game is one such that will make you think “I wish I could visit this scene again”, or “That view was just mesmerizing, I wish I could save it and show it to everyone”. Well, in such cases having a screen recorder can be the best.

You can screen record the game using the app, with the audio and video, at a high resolution. It will get saved directly into your video files, and you can access the videos, edit them, and even stream them on platforms such as YouTube or Twitch. This is a common practice by many gamers who have joined the streaming community and do not go for live streaming as of now.

To stream at a high quality, your system will need to meet at least the minimum or a little higher system specification. That is because the app runs in the background while the game utilizes most of the hardware on the PC. Therefore, you can do well with some extra memory and processing speed.