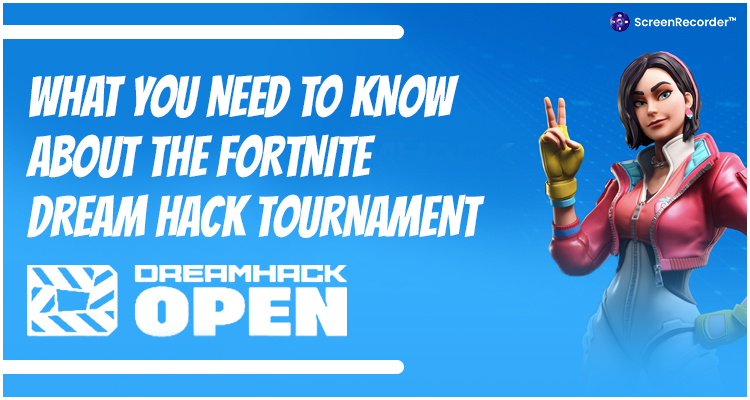 What Do You Need To Know About The Fortnite DreamHack Tournament?

This year, the Fortnite DreamHack competition returns, welcoming everyone who wants to compete for the title. In addition to the Fortnitemares content, Epic Games is bringing back one of the most popular tournament forms in the battle royale game. DreamHack offers your opportunity to compete in a free-to-enter Fortnite event, substantially expanding the pool of participants in each area.

The Fortnite Dreamhack Open Tournaments have been a tremendous success among players and fans, generating interest in the game. While the previous Dreamhack Open took place between August 11 and 19, we're eager to discover that the next one will occur this month!

During the Dreamhack Open Tournaments, players may get a taste of competitive Fortnite without having to think too hard.

We've got everything you need to know about DreamHack below, including when it starts, what the regulations are, and what prizes are up for grabs.

Epic Games' Fortnite is a battle royale game at its core. Players descend onto a map with 99 other players, either alone or as a squad. It's a frantic race to gather as many weapons and stuff as possible after landing, all while making your way toward the map's center. The contest is won by the last player standing.

In contrast to conventional multiplayer games, Fortnite only has one primary map every season. In reality, you're unlikely to face that many players in the early stages of the game. However, as the game advances, a ring that progressively closes in on a central location appears on the map. If you are caught outside the circle, your character will be destroyed.

In terms of format, Fortnite is comparable to games like PlayerUnknown's Battlegrounds and Apex Legends. It does, however, have one distinguishing characteristic. Your character in Fortnite can construct structures as they travel. This enables you to lay traps, build fortifications, and create cover during the game. To be effective in Fortnite, you'll need to learn shooting and construction, unlike in previous battle royale games.

What is Fortnite DreamHack Tournament?

The Fortnite DreamHack competition is pretty much an open tournament. During competition days, any player is welcome to participate and see if they can ascend to the top. To enter, you don't need a specific Hype score (effectively your competitive moderating).

It's a fantastic opportunity to get the community together for a more random competition. You'll likely be paired with professional players so that the temptation will be on.

How to qualify for Fortnite DreamHack Tournament?

The criteria for entering the Tournament are straightforward. Players must be 13 years old or older, and their two-factor authentication must be activated.

They must be available at the appropriate time when the event occurs. Despite repeated requests from players for Solos, the October gaming event will be a Duos mode once again.

How to register for Fortnite DreamHack Tournament?

Open Fortnite and go to the "competition" option on the main menu to register for Fortnite DreamHack 2021. Keep scrolling until you see the official DreamHack tournament. To begin, select the Tournament.

When is Fortnite Dreamhack Tournament set to open up?

The Fortnite DreamHack will take place from October 7 through October 10. Because it's a duos competition, you'll need another member of your squad to participate.

Open qualifications are accessible in the first phase for everyone, regardless of the Hype level. The top two teams will advance to the semifinals. The number of units determines the region. During the 3 hours, each couple is allowed to play up to 10 games.

The top 50 semi-finalist pairs will advance to the Grand Final. Six games will be played in a row at pre-determined times, with a new game beginning every 35 minutes.

To participate in the competition, make sure your Epic account has two-factor authentication enabled.

What is the point system for Fortnite DreamHack Tournament?

Players will be awarded points from 47 to 1 depending on their finish position from the fourth to the fifteenth.

The players can compete in up to ten matches in each of the two Heat events, Heat One and Heat Two, to earn qualifying points.

The highest-placed teams in the weekly Trio Cash Cups will compete in the Cash Cup extra. All of the tournaments are open to participants worldwide, so get out there and register, gamers!

Depending on where you are, various times apply. We've included both EU and NA timings here, but if you reside somewhere else, you may check Fortnite.com for additional information.

The DreamHack Open, as previously stated, provides a prize pool of $200,000. The winning couple will get USD 23K, with most prize money going to the wealthy European area. The winners of the NA East division will reach $13.5K in prize money.

The following is a breakdown of the total prize pool:

Now, since you know almost everything about Fortnite DreamHack Tournament, let us talk about something more trending than even the game itself: Gameplay Streaming. It's a known fact that Fortnite is currently one of the most online streamed games on the internet, and now one of its biggest tournaments is releasing. So, all those game streamers need to pack themselves with one of the best screen recorders available out there. One of such screen recorders is "Screen Recorder By Appsmartz." This app offers you a seamless screen recorder with straightforward controls and infinite fantastic features. You can directly stream your gameplay on the internet with this live screen recorder. It answers your every question related to screening recording, be it 'what is screen recording?' or 'what is a screen recorder?'.