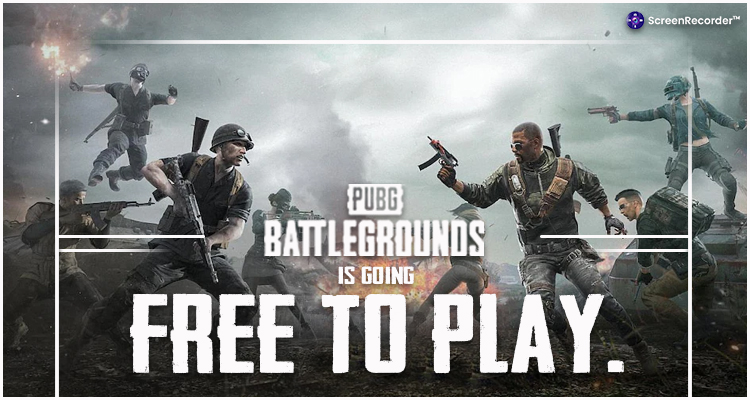 CEO Chang Han Kim founded battlegrounds PUBG to create games that would challenge players. What began as a tiny group of approximately 20 developers swiftly grew into one of the world's most popular video game genres. PUBG was praised for its innovative and challenging gameplay, developed in close collaboration with the gaming community. The game became a global leader in the battle royale genre, with a significant number of people from all around the world participating. PUBG never fails to bring new gaming experiences every time.

The superhit fan-favorite game Player Unknown Battlegrounds, also known as PUBG, is known as Battlegrounds Mobile or PUBG battleground India by Krafton. Tencent has been replaced by Krafton and now the pubg battleground mobile india follows all the safety protocols that the Indian government has set for such applications. The game was given early access to some users through an pubg battleground india apk download only on android devices. The IOS devices did not get any such early access. The current game that has been officially launched on Google Play is available for Android devices. IOS devices had to wait just a little longer in India after which pubg mobile lite battleground was launched in Apple store .

That's right; no more speculations are needed, as the game has arrived at the next stage of evolution: a free-to-play model. Indian BATTLEGROUND PUBG dropped the bomb at The Game Awards, and if you missed it, here's how they broke the news:

Switching to F2P will bring a lot of changes as well as a lot of benefits. If you've been a long-time PUBG player, you will surely get a reward for your devotion to the game unlike people having PUBG free accounts. Without all the Survivors who have supported the game throughout the years, PUBG would not have been able to go this far. To demonstrate gratitude by the company, all players who purchased and played PUBG: BATTLEGROUNDS before the switch to a free-to-play service will receive the PUBG – SPECIAL COMMEMORATIVE PACK, which contains a free BATTLEGROUNDS Plus upgrade as well as other goodies. After the changeover to a free-to-play service, these will be applied to your account. The terms and conditions for obtaining awards and the way of receiving them may vary by platform. This commemorative pack includes:

After the free-to-play switch, other incentives will be immediately dispersed to your account inventory on your first login.

BATTLEGROUNDS Plus is a new product that allows PUBG players to enhance their BATTLEGROUNDS experience while also contributing to its development. Plus is a one-time purchase that covers the following things:

After the free-to-play changeover, the BATTLEGROUNDS Plus upgrade product/DLC will be sold for USD 12.99.

BATTLEGROUNDS Plus includes the following items:

The conditions under which you are eligible for the reward are:

Steam: Players who purchased or acquired the game through a redeem code before the free-to-play transition on

Xbox/Stadia: Players who have created and set up the in-game nickname after purchase of the game before the free-to-play transition on

PlayStation®: Players who have already purchased PUBG: BATTLEGROUNDS can purchase the PUBG – SPECIAL FREE TO PLAY TRANSITION PACK for free on the in-game Store from:

Due to the change to a free-to-play service, the PUBG: BATTLEGROUNDS title sale will expire on:

If you buy PUBG: BATTLEGROUNDS before the deadline, you'll get BATTLEGROUNDS Plus and the PUBG – SPECIAL COMMEMORATIVE PACK after the transfer is complete.

How to record PUBG gameplay?

Since streaming has been a trending thing for the past few years, and the community is becoming larger and larger, thousands of streamers record and stream their games on platforms such as YouTube and Twitch. If you're a gamer, you might consider streaming your incredible moments online as well. You can also use a screen recorder app to record the games on android phones. IOS screen recorder apps are available on the app store, which can be used similarly.

You can use the "Screen Recorder App" for the mentioned task. It is an easy-to-use application with excellent features and will make the screen recording process very smooth. You can use it as a screen recorder for Android and a screen recorder for iOS devices. It is a free no-root screen recorder app that allows you to record and capture your smartphone screen in video formats with or without using the front camera. It is a great mobile screen video recorder that offers floating screens, cloud storage, live streaming, and you can download it for free from the play store and apple store for iOS devices. Screen Recorder not only allows you to record the ongoings of your phone but also offers you several other features that are not found in other screen recorders, like live stream screen recording.