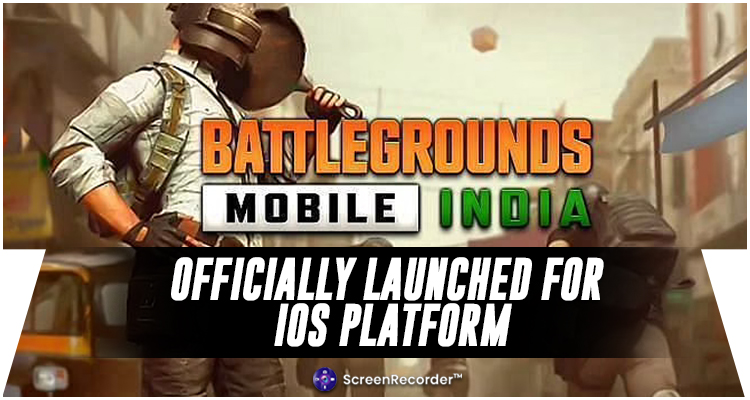 PUBG recently got relaunched in India but under a different name. Initially, it was available just for android devices but now it has been released for iOS also. The reason for relaunching a different app instead of the same to PUBG (Players Unknown Battle Ground) is that it was a Chinese app, and along with Players unknown Battlegrounds we know there are so many applications that got banned in India last year.

However, keeping that aside and talking about Players unknown battleground, it has received so much fame in India. People from all over the states of India play this game, and not only in India but all around the globe gamers enjoy it. Having so many features and so many updates attract the users more, playing in a squad, making a team and talking over it, or making a clan and talking to people around the world. All of this makes it easier for people to play with a stranger or their family members.

India has one of the highest users for PUBG mobile and PUBG PC. After being banned for so long and looking at the player's preference or player’s interests, the company KRAFTON released the BGMI (Battleground Mobile India) as the same as PUBG. There have been many games launched by Krafton and they all come under the Krafton union, such as PUBG, BGMI, PUBG new state, and so on. In South Korea, Karfton is known as Bluehole that develops and distributes games and video games based in Bundang-gu, Seongnam.

Talking about BGMI, most of the things are similar to PUBG except one or two things like you can play on Indian servers only. There is no issue with your previous data, you can get all of it and your PUBG ID back easily. The BGMI was launched first in android, not in iOS and now it is available in iOS also. There is no specific detail about why they did not launch it for iOS. However, the wait for the iOS users is over now.

Due to the unavailability of Battleground Mobile India for iOS devices, there were going to be some problems as Players Unknown Battleground was played a lot on iOS products whether it is a phone or a tablet. Many players preferred to play it on iOS devices in regular or competitive matches, and so it not being available on iOS made many players unhappy. They had to choose where to play, and this resulted in switching their iOS devices to androids.

In the craziness for PUBG, people were changing their phones to play Battleground Mobile India, either to pass their time or for practicing and playing for competitive matches.  The company Krafton had promised to extend their title to different platforms soon, and they did deliver on it as they have released the game on iOS devices now.

BGMI is making more choices and tempting the players to participate in this tournament. Now not talking anymore about the tournament, with the release of Battleground Mobile India, we hope it is going to get the same fame as Players unknown battleground. Though in some countries like Bangladesh, they are banning PUBG and games like free fire for so many months, fearing that the games are corrupting the youth. Bangladesh comes next in line with countries banning games like that.

However, it is not going to make any difference now although it is true that this game has so many flaws. It takes so much time and many people consider it destructive in nature, people use their money to buy virtual things which are of no practical use. Plus, it is taking the youth in other directions, distracting them from real life and even studies in some cases.

The game has so many plus points as well as flaws. Everyone has their different opinion about PUBG, and all of them are respected. However, similar to the game PUBG, The Battleground Mobile India is going to get more fame in the coming days. Players unknown battleground’s comeback under the guise of Battleground Mobile India hits the 50 million downloads landmark recently and is increasing every day.

Now people can play Free Battlegrounds Mobile India because it got some privacy benefits since the data is not going to be shared with a country like China, and you can find people of your language preference.  It also always tells you that you are in a virtual world and it matters. Again, talking about the iOS users, the wait is over now, and the most anticipated game is now released. Users can search BGMI on the app store and authenticate themselves using their apple ID credentials or via Face ID and play on their iOS devices.

IOS devices, as we all know, are better optimized and run games smoother at high graphics. There are bigger legs and heating issues and the overall gameplay is slightly better. After all, you get what you pay for. That is why many mobile gamers prefer iOS devices, and thus, have been waiting for the game to be released for their devices instead of switching to android. Such a wait required a lot of patience because you could see people playing the game around you while you sat in distress. Krafton did make us wait a lot, but we are hoping that the wait will be worth it.

Screen recorder is software which we use to record everything which happens on our screen, on a computer or on a mobile phone. It allows people to record digitally the content of their phone. Like watching something on YouTube. If you want to record it you can easily can and you can easily share it with your friends as well. The screen recorder does not work on every phone, how it mostly works in Android 11 or up.

The screen recorder is not available for lower android versions. Nowadays, most of the companies use this screen recording feature as an inbuilt software. Screen recorders do help in so many ways you can save anything which you see digitally on your phone or PC. You can record the steps of something which you want to recommend to others, or you can make a video by recording it and share it which can be helpful for others. On some phones, audio can be recorded too so it gets easier to show what you are doing.

There is also a screen recorder feature for iOS as an in-built feature. However, you can download a different app to record the screen from Apple’s App Store. Considering the privacy factor of the screen recording, this software is trustworthy, and some screen recording software offers 100% data protection and privacy and different features and so that people can record their screen in high quality also.

Screen recording software provides you to record games, such as BGMI, while live streaming on different platforms. Or you can take advantage of live streaming software tools according to your computer’s compatibility. You can record the gameplays or the love streams and then stream them on YouTube or Twitch, or share them with your friends as a separate video.

The live Streaming community in India has been growing and is pretty large right now. Millions of people view streams every day and hundreds of streamers now have a huge follower base on platforms such as Twitch and YouTube. People have an entire live streaming set-up, and you might be one of them, who wishes to set up yours.

Well, that can be done with some money and a little bit of hassle. However, you should also not just focus on live streaming but also on traditional streaming. Many people like watching the live streams later on and sometimes some people miss them for some reason.

So, to do that, you will need a screen recorder to record the live stream. It will record everything, from your audio to the video and your reactions. Then simply use any video editing software, edit and trim it here and there, and the video will be ready for streaming in a jiffy.