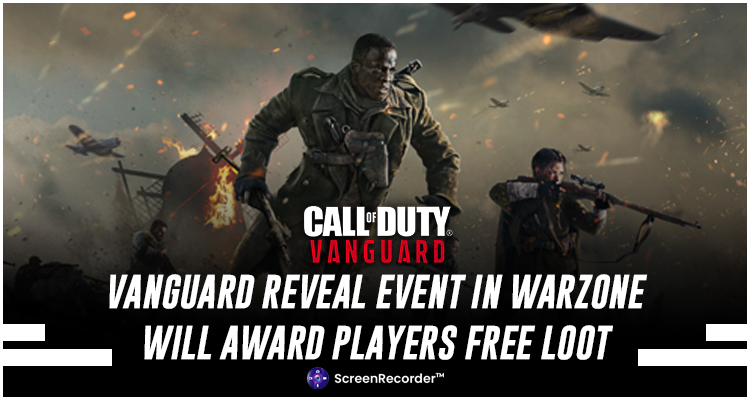 The Call of Duty franchise has entertained us for nearly 2 decades now. The game that has given us a glimpse not only into the warfare of the past, with the guns during the world wars, to the present and even the future, in its Advanced Warfare and Black Ops series. Stars like Kevin Spacey have collaborated with the game, and the fandom is massive. It is a league in its own right, a legend of a game franchise undoubtedly.

The recent addition to the Call of Duty game is “Call of Duty: Vanguard''. The game was introduced during Warzone’s recent event and the game has been created by Sledgehammer Games developing studio. The game nearly took three years to develop as per the sources. Initially it was to be released in 2020, but for some reasons the release was delayed. This time Call of Duty is set to take us back into time, to the most impactful war that mankind has ever had, that is, World War 2. The trench war is set to get you excited and shuffling in your chairs to get that perfect position to play the game and win. The event revealed that the game will be released on November 5th of this year. It will be available on all major consoles such as the PS4, PS5, Xbox One and more as well as on the PC.

Vanguard was revealed officially during a gameplay presentation that showed inside the game glimpses. It showed how several players ganged together in order to take down a train that was armoured. Right after they successfully destroy it, the sky starts getting full of bombs being dropped on them via the bombers that were used during World War II.

In Call of Duty: Vanguard, the gamers get to choose among four nations to fight for as four different characters. They are Seargent Arthur Kingsley, who fights for Great Britain; Lieutenant Polina Petrova from Russia; Lieutenant Wade from The USA and Private Lucas Riggs for Australia. On choosing the character, you get to their specific war-front.

The game will also come with a multiplayer option, just like many of its predecessors, with a different gaming mode out of which, one even allows you to kill or get killed in a single bullet. There is the usual multiplayer mode and some Blitz games. In Blitz games, several players are left in a confined and small map for a high intensity face-off against each other.

Call of Duty: Vanguard comes with a total of twenty map options. All these are sure to be great, and there are 16 map options in the game that allow for only a six vs six matchup. There is a Champion Hill named multiplayer gaming mode as well in the game. In this one, you can observe a combination of Call of Duty: Warzone and the two versus 2 gunfights. This is one of the modes that players wait eagerly to try out. The Zombie mode will be similar to the other previous versions of Call of Duty, and this time the zombie mode is being developed by Treyarch.

The trailer for the game is already out and can be viewed on YouTube and other similar streaming platforms as well as the official website of Activision. The trailer is just a teaser for now, but the full trailer should come out soon enough, so stay tuned.

Vanguard will also release a beta version soon enough, probably before the original game rolls out. The beta version is speculated to be available to those who have or will pre-order the game on time. The beta allows the developers to have an insight into how the game would work in the market and on the players’ computers and consoles in real-time scenarios. They will be able to point out the bugs or any other technical glitches, before the original game is released, and develop patches accordingly.

The patches keep rolling out for most games even after the game has been released officially, however, those are to provide some basic tweaks. The DLCs that we are expecting from Vanguard are also of high quality which can level up to the benchmark that the game has already set in our minds through the glimpses.

The initial beta testing will be available for only the PlayStation consoles, PS4 and PS5 respectively. Sledgehammer Games are also providing additional things when you pre-order the game.

The Free Loot in the Warzone Event: Verdansk Battle

There are some free Loots and rewards that are available for the buyers to get with Call of Duty Vanguard when they participate in the in-game event or pre-order it. The buyers get a Night Raid Blueprint for a Mastercraft Weapon. The weapon can be used in the Black Ops Cold War as well as Call of Duty: Warzone. Then there is an Arthur Kingsley skin and some Frontline Weapon Pack that the buyers will get.

Through Warzone’s “Battle of Verdansk” event on the 19th of August, Activision had also released a free loot offer to get Double XP and Weapon XP as well as a Double Battle Pass XP. They announced that players could join the gaming experience through Warzone at or after 12:30 P.M. ET and get these Double loots before entering the game. Apart from these, inside the game, the players could get many weapon blueprints, bike skins, and other rewards for free which will be available for them to use in Vanguard.

The event allowed many gamers to participate in the event and play the game for some time, and the people who got that chance got several gun skins and stickers as well as other in-game rewards.

The least that you will need is an Intel Core i3-6300 processor or equivalent. 8GB of Ram and a Windows 10 64-bit operating system is needed, along with a graphic card equivalent to 2GB Nvidia’s GeForce GTX 760 or AMD Radeon HD 7060 with DirectX 11. With these specifications, the game will be able to run at a playable level with decent frames per second.

To run the game at its best and get the best out of it, the system that you need to have should have an Intel Core i5-5370 processor or equal. AMD’s Ryzen R5 1600X is one that comes close to it. As for RAM, 12GB of memory is needed to run the game smoothly. The operating system requirement is the same as before.

In terms of Graphic Card, you will need a high-end graphics card such as Nvidia’s GeForce GTX 980 Ti or AMD’s Radeon R9 390 with a 6GB memory. This is a high-end requirement, and will not just run this game but most others as well at a high setting.

Thousands of streamers live to stream their gameplays each day, and Call of Duty has been one of the most popularly streamed games on the internet. If you are someone who also streams the game live, then you should also think of streaming that live stream afterward on YouTube for those who missed the live.

Screen Recording is simply the conversion of the contents on your device’s screen into a seamless video. There are many software and applications that help you do screen recording, and many devices are coming with an in-built screen recorded. Using it you cannot just record the live streams but also save the online gameplays of your matches. Watch them later for fun, or to understand your weak and strong points, or share them with your friends, the recorded streams will come in handy.

With this, we have taken a look into the upcoming Call of Duty game which is sure to be a success, but that can only be ascertained when it is released. Till then if you missed the Warzone event, there are still ways to get your hands on the free loot using the pre-order. Stay tuned to Activision’s official website and social media accounts to get the latest news related to Vanguard.