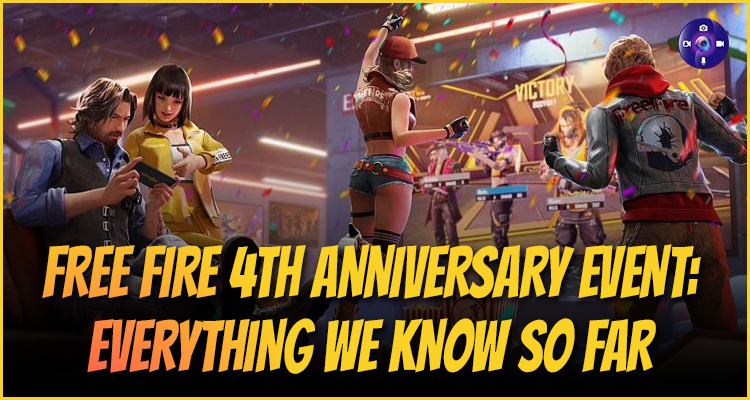 Free Fire 4th Anniversary Event: Everything We Know So Far

One of the best mobile games in the battle royale genre, Free Fire is reaching its 4th anniversary this month. Free Fire has approximately a hundred crore or 1 billion downloads. This data is based on the Google Play stats. In the 4 years since it launched, the game has not just rivaled the likes of PUBG but made its unique image and ranking in the mobile gaming industry. Garena Studio has grown a lot since then, improving upon their game, earning many achievements through their journey.

Garena is going to release something amazing on its fourth anniversary, that is for sure, and the players are eagerly awaiting the festivity. There will be for sure many gaming events, gifts, and surprises in store for us all.

What is Known So Far About The Anniversary

Garena’s Free Fire will experience its 4th birthday in August 2021. The First Anniversary was held on 11th August and the consecutive ones were on 25th and 23rd August respectively for the second and the third year.

If we go by what happened during the last three years’ anniversary events, then we can make a guess that the 4th one will be most likely somewhere between 10th August to 26th August. However, Garena has said that the event will start on or around the 14th of August IST. Just stay tuned to Garena’s social media as they will be releasing the news related to it soon enough.

Garena might also release what all is to come and what to expect from this year’s anniversary events. If you are a streamer who records his or her game and uploads it on platforms such as YouTube or Twitch, then do not forget to screen record the event and share it with your friends and fans. Use Screen Recorder apps to save the gameplay and you can just view it for yourself if nothing else, or share it with your friends on your Facebook or Instagram. Share your 1 vs 4 clutch, or the epic entry that you had, and much more.

Although there have been no specific or official statements related to what all will happen in the events, what kind of rewards, characters, events and games, releases, and more will happen. However, based on the previous year’s events, we do have some ideas as to what to expect.

The first thing that the players can expect is lots of prizes. The events that will happen may vary from last year’s, hence mentioning them would be just killing time. Then moving on, there might be new characters that can get released. Maybe some characters that are for a limited time or in limited numbers, for the players to win.

Some events provide free tokens and in-game currencies, and if Garena stays as generous as we desired, then they might give the players a chance to win a “Free Elite Pass” during some event. That Elite Pass will unlock a lot more for the regular players who could not otherwise buy them for any reason. It will be like a wish come true for them.

The other things that we can expect are new emoticon gestures and dance moves. What better way to celebrate the victories than to have new dance moves? Express yourself in your peculiar ways using the emotes.

One of the common things to expect is new costumes, masks, and glasses. New things to customize your characters with. The events will allow many players to earn these customizations for free. SO, get ready to give your character a new and fresh look. Go out on the combat in a new style and slay the enemies in swag.

Well, these are just a few among many things that we are expecting, from different types of weapon skins, maybe even some new maps, new weapons, skills, and vehicles, to name a few. Stay tuned to Garena’s official website as well as social media platforms to catch a glimpse of any new updates that might surface about the Free Fire anniversary. However, the best thing would be to, like most players, wait patiently for the day and then participate. Find out all that is there to explore in the game itself.

A lot of gamers like streaming their games. Platforms like YouTube, Twitch, and even Facebook allow for live streaming of the games. However, some people like to edit their gameplays and stream them after the match is over, use some music in the background or make some changes. In that respect, the gamers can share their game on any social media platform that allows for video sharing.

Screen Recorder apps can come in real handy in such scenarios. If you want to stream your game on any platform, to show your friends just how awesome you are, or to ascertain your growth in the game, recording the game will be useful. Screen Recording apps allow you to record the game, and not just the game but anything else that is happening on the screen of your phone. Using that app, you can record the game in a very high resolution as well.

Redeem Codes are our favorite. They are the token to heaven. Not literally, well at least they give us so many free things in our favorite Free Fire. Here are some codes for you to try out on your IOS and Android devices:

In order to redeem these codes, you have to first go on the official website of Garena, which is  https://reward.ff.garena.com/en. There you can log in with your id, or use a social media id that is linked to your profile. Then once you have logged in, go to the text box on the screen and over there paste the redeem codes that you have copied or type them down. Then just simply press enter.

You will receive a cross-check message after confirming of the code has been done and enter has been pressed. Just go ahead with the ‘OK’ option there and afterward, your code will be redeemed. If the code is still valid that is.

Go to your email afterward in the mail feature within Garena Free Fire to access the rewards that you have earned.  Just remember that the codes can take anywhere from an hour to a whole day to reflect in the mail. They also do not redeem for people who are using a guest account,