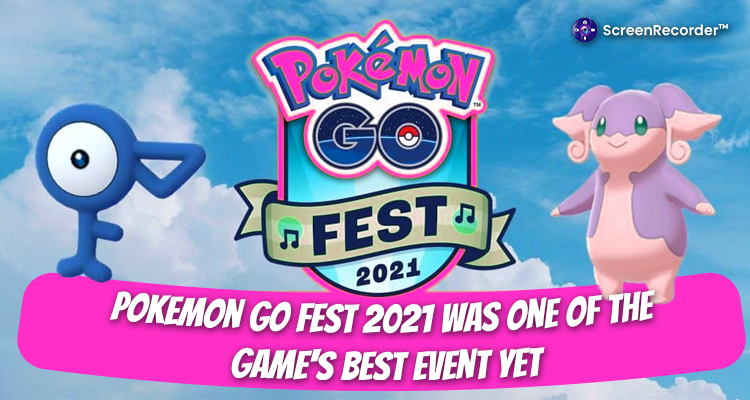 Pokémon fans have always loved anything related to Pokémon, be it the show itself, the movies, the recent live-action Pikachu movie dubbed by Ryan Reynolds, or the Nintendo and other console games that are available for more than a decade now. The classic show and its games, where you go out on an adventure to collect the coolest and strongest Pokémon and go out on gym battles to be the best Pokémon trainer, is just so much fun and an experience of a lifetime.

Well, if you were one of those who had collected some rare Pokémon cards in those days, or had found some amazing Pokémon for collection in your video game, then you must have loved when they were released Pokémon Go. The augmented reality game for android and iOS devices, Pokémon Go, when it was launched back in 2016, took the whole world by surprise. It gave its players the chance to go out on adventures, explore their cities and landmarks and the state and whatnot, to collect Pokémon in real-time.

Players can not only collect Pokémon in a real-life location using the augmented reality feature, but also go to gyms and fight other players, evolve their Pokémon, and do almost all the things that Ash Ketchum could do in the Pokémon world.

Pokémon Go Fest this year in 2021 was the second of its kind and undoubtedly the best event of its kind. There were some smaller events here and there meanwhile, but the crowd there was way smaller. However, in the Pokémon Go event, it was something to talk about, as it was a virtual event held online, but it was no less amazing for that.

Niantic, the game’s developer, has organized some virtual events previously as well. Many other games such as Fortnite also hold virtual events where the players go to a virtual fest, roam around, visit places and do fun activities, visit a concert, and more.

Initially, the Pokémon Go event was supposed to take place offline in 2020 and naturally in the coming years too. However, with the outbreak of the pandemic, the developers had to shift the event of 2020 online without enough time to plan such a thing perfectly. They nonetheless managed to organize a very good event.

Coming down to 2021, Niantic had enough time to make notes and lament upon what they could have done better in the 2020 event and how to improve, and possibly make the 2021 Pokémon Go fest the best. They were pretty much successful in that.

Events in The Pokémon Go Fest 2021

On the first day, the developers did something that let the players get a feeling of how it would be like to go out in the wild or the world and find new locations, new environments, and a variety of Pokémon that one might not even expect to find. The Pokémon's habitat changes every hour, so what you found at one place you might not find an hour later, just like in the real world how animals behave. If you spot a spotted deer at one place and it senses you, it will go away and you might not find it again there. It was a fun event, to go around and experience this, and see what types of Pokémon one can find where they live and around the area.

The second day was the most valuable of the two, the day that made the fest the best one. This is because the event on this day involved the Legendary Pokémon. All the Legendries that you have seen or heard of in the Pokémon Go verse were present in that event. It was a Raid Battles event, and so you and your friends could go to compete in many Legendary Raids throughout the day. The excitement, the thrill that it gave is just amazing, and whether you are a pro player or a casual one, the fest was enjoyed by all no doubt. Many players finally got the chance to have a Legendary Pokémon for themselves or add new ones to their addition.

Another thing that was a contributory factor to the Pokémon Go fest being the best was the monetization which was fair and justified. There were many events that were available for free for anyone to try, however, there were some which required the players to buy a ticket to visit. Having the virtual ticket meant enjoying the most out of the fest.

However, this year Niantic did not put up a very high cost, unaffordable for many, for the fest. In 2020, the tickets were priced at 15 US Dollars, which was a bit high for free-to-play game players. This year that brought it down considerably to just USD 5. This made the game accessible to a lot more players than the last year, making it a success for both the players and the developers.

This is not all that was done. There were many free items that were given out to players during the event, as a considerate move from the developer’s side. By participating in the challenges within the game during the event, the players even got the chance to receive as many as eight Remote Raid Passes on the second day.

The appearances of the events and the whole fest itself were just stunning. You could see confetti here and there or fireworks in the sky at times. A great collection of background music played, resonating with the musical theme of the event. The music differed based on which route you went- the Rock Star one or the Po Star one. All of this combined made the Pokémon Go events worth the money.

The developers have very smartly foreshadowed the future things that are to come in the game. One such is the mythical Pokémon named Hoopa, which was not seen in the game, one could sense its presence and the hints dropped by the developers throughout the event. Hoopa’s ring was visible above in the sky, and the character of Professor Willow told how the legendaries' coming back is because of Hoopa. This introduction of Hoopa does not give a certain answer as to whether the developers will actually bring the Pokémon into the game or just make it a part of the storyline whatever it is but you will enjoy the fest and let others know about your enjoyment by recording all the events through Screen Recorder. If you don't have a screen recorder then download the best screen recorder and steam on different platforms using screen recorder.

With this, the event was an amazing success, with the data released by the company stating that all the players together during two days collected nearly 1,500,000,000 Pokémon. They traveled more than 125 km in distance. These both stats make the 2020 stats nothing in front of it. We are expecting that Niantic will now only go higher after setting such standards with this year’s event, setting a benchmark for itself.