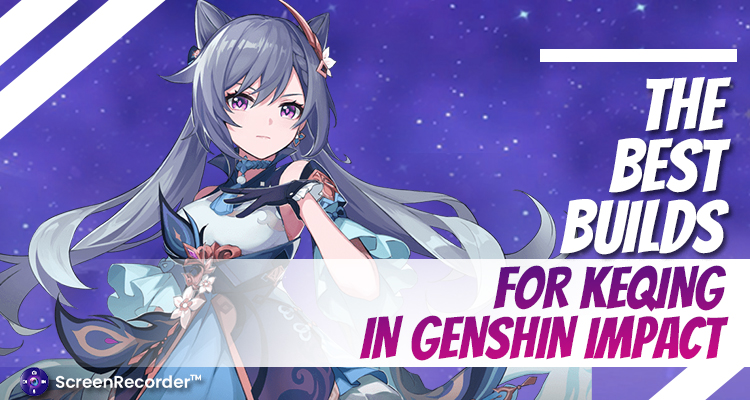 The Best Builds For Keqing In Genshin Impact

Genshin impact is the trending open-world immersive and interactive single-player game. The game has beautiful graphics, nice characters, and sound gameplay. In the game, you are a traveller who came from a different world into the world of Genshin in search of your sibling whom you lost years ago. Throughout your journey, several mysteries and adventures await you in the fun-packed game.

The gaming community has already shown a warm welcome to the game. Therefore, here is something for the players who are playing the game and want to know which builds are the best for Keqing. Keqing is one of the characters that players can choose from at the start to play the game. Keqing is a swordmaster who has an electric type ability using which she can execute the enemies by slashing and electrocuting them, respectively, or even at the same time.

Keqing is a Yuheng of the Liyue Qixing. It is a title given to the officers or civil officers in the Chinese language in the game. Keqing is responsible for the maintenance of law and order and the safety of the magnificent city at the port. She might look sweet and friendly, but can be decisive and firm when upholding her justice. And her way to relay justice? The use of her sword that channels lightning. Enemies are terrified of her and think ten times before committing any crimes in the city under her supervision.

Keqin is an agile character that has speed and flexibility as her character perks. Almost like a cat-woman, she can climb on top of almost any building and perform parkours effortlessly, evade attacks gracefully, and do a lot more. Her cat-ears-like hair adds to the cat-like movement and gives her a cute look.

Therefore, her speed and agility give her not only a strong defense due to quick response time against incoming attacks but also a strong attack advantage as she can quickly close in to the enemy and use her electrical sword to slash the enemy in a flash.

These builds are centered around Keqing’s electrical abilities and help in increasing her damage power and improved elementary skills and weapon mastery.

On top of these, it also gives a 1.2% attack bonus which is dependent on the sword wielder’s maximum health bar. The last thing is the 15% bonus that Keqing has innately, which when combined with what comes with the Primordial Jade Cutter, Keqing becomes much stronger.

The Cutter cannot be obtained easily as it is a five-starred weapon. This means the only way to obtain is through wishing.

There is an alternative to this sword which is called a Black-Sword. The Black Sword is four-starred and it attributes a 20% increase in the damage done whether it is a normal attack or a charged one. It also has healing properties and gives some healing on critical hits.

The Artifact Thundering Fury is one that should be used without giving it a thought. It gives a significant 15% increase in electro damage. The other artifact, Gladiator’s Finale, gives an 18% bonus point for the attack points.

When both of them are combined and used together, they give a massive boost to Keqing’s attack and healing capability as well as her elementary skills and powers. These increased stats are for the two-piece sets of the artifacts that are easier to obtain than the four-pieced ones which have even better perks.

The Lion’s Roar just adds to this. It is another four-starred sword. The sword increases the damage done by 20%. The damage increase is seen only on the enemies that have been attacked by electro or a pyro attack, so Keqing is the best for this weapon.

The higher version of the two-pieced Thundering Fury, or the complete one so to say, is the artifact that gives a 15% higher electrical damage to the enemies.

It also gives a boost to the damage done to the enemies using Overloaded or Superconduct with a massive 40% increase. When a player triggers these effects during a fight, the cooldown also reduces by 60 seconds.

Although there has been no official news regarding the information yet, there has been some leaked information. According to those, in the upcoming update or Genshin Impact 2.1, the developers will bring an event stronger electric type character in the current Baal character. However, till that happens, Keqing is undoubtedly the most preferred and a strong electric type character in Genshin Impact.

Getting Your Hands on Keqing in Genshin Impact

The Five-starred character, Keqing is one of the most admired and sought-after characters in the game. Since there are a number of weapons and characters under the same banner as she is, it will be a real game of luck to get her as your wish. Therefore, the best bet would be to collect those 10 Acquain Fates and then make the wishes on the Wanderlust Invocation banner and just hope. If luck is by your side, Keqing will be in your hands in no time.

Genshin Impact is a game that is slowly gaining fame and respect in the gamer’s community worldwide. People are streaming as well as watching the streams of the game. It has a beautiful open world that is well crafted and beautifully designed. The characters are cute and the gameplay is fun.

Using Screen Recording you can not only save those precious moments that you come across in the game but also be able to do a lot more.

The Screen Recorder allows you to save those precious video calls with friends and family, and keep them. You can record the argument that you are having with the boss on WhatsApp, or save that recipe tutorial that you saw on Instagram. There is a lot more that can be done using the Screen Recorder, and one must have it if they do not have it already.

The game has a fairly modest system requirement.

The PC should have a Core i5 processor or equivalent, with 30GB free space for storage. The graphic requirement is Nvidia GeForce 1030 or equivalent, and RAM is 8GB. Direct X 11 is mandatory. With these, the game will run with the least lags and a lower resolution.

Even without these, the game will run but with some or major lags depending upon how much you miss the mark.

With this system specification, the game will run smooth like butter and can be enjoyed the most.

The game requires an Intel Core i7 processor (or equivalent) with 30 GB of storage and a Windows 7 operating system or equivalent. For graphics, you will need Nvidia GeForce 1060 with 6GB of memory and a RAM of 16GB memory as well as Direct X 11 (if that was not obvious).